Skip to text alternative of the following infographic 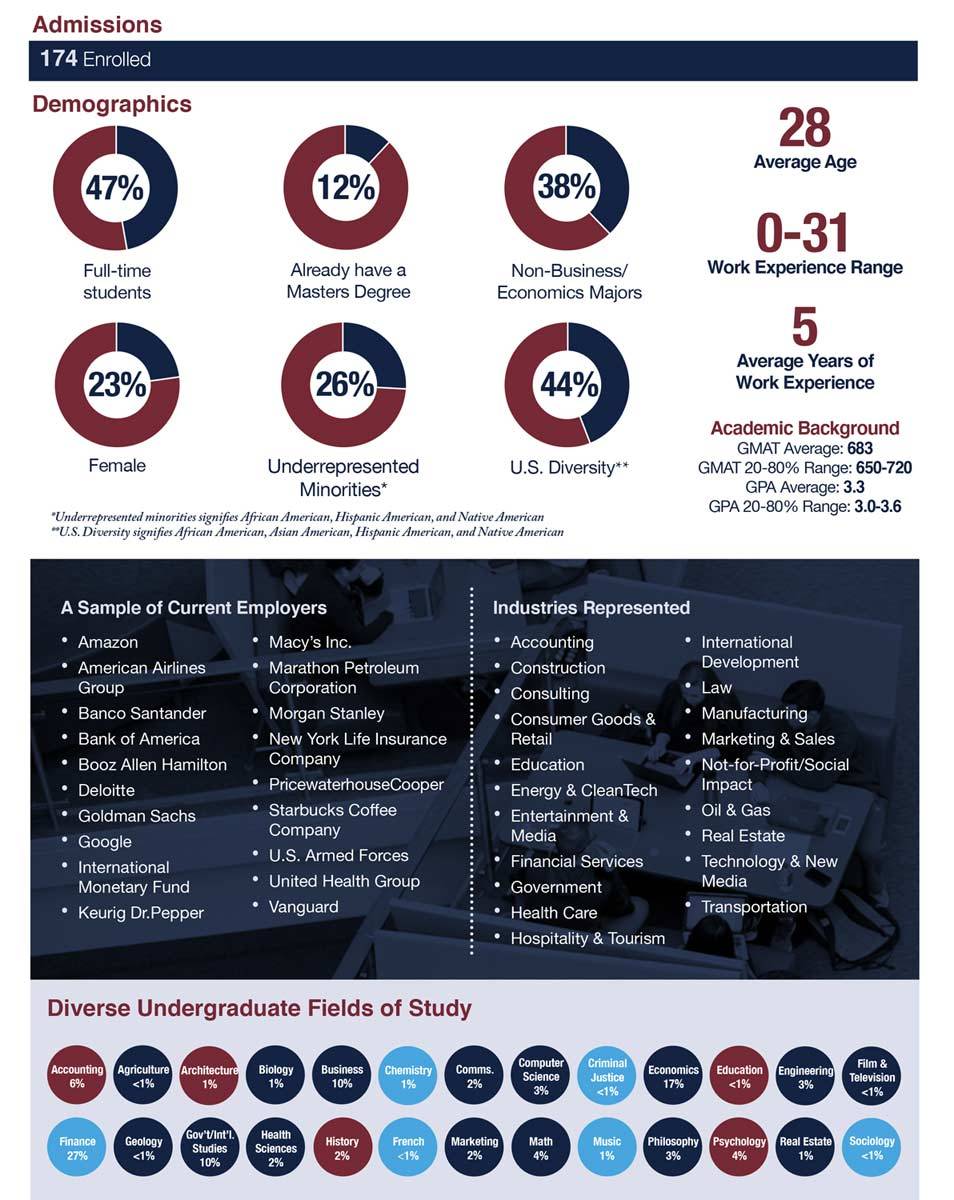 38 percent are non-business and non-economics majors.

12 percent already have a master’s degree

The Average GMAT score is 683